The beginning of Florence’s own New Year. 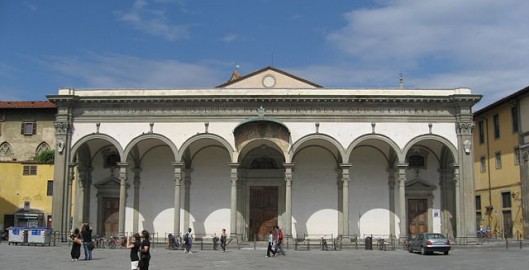 Till 1749 in Florence they followed the so-called Ab Incarnatione Calendar, which means that the New Year’s Day corresponded to the Incarnation day when, according to the Catholic Church, Mary accepted her divine pregnancy. If we go 9 months backward from Christmas (Jesus’ Birth), we reach March 25th that is at the same time Annunciation and Incarnation Day and, so far, the Florence New Year’s Day.

The bond between Florence and this tradition is still very strong; in fact, although the city has conformed to the common calendar,  even this year the city historical cortege will be organized. It starts from the Palagio di Parte Guelfa, develops downtown and finishes in piazza Santissima Annunziata, right in front of the sanctuary dedicated to the Annunciation.

The meeting time to follow the cortege is at 10.20 a.m. : the local authorities will reach the Santissima Annunziata at 11a.m. in order to leave a flowery present in the Sacra Effigie Chapel. In this chapel they still preserve a miraculous fresco: according to the tradition in 1252 the painter Bartolomeo was charged to paint an Annunciation. He fell asleep without having finished, because he wasn’t able to paint a face fit for Mary. At his awaking he saw the accomplished work: an angel had come to help him. From some witnesses dating back to 1341, we know that an altar was built in front of the fresco; and some tabernacles reproducing the same image had been made throughout the city, such as the one in the piazzetta del Capitolo or the one underneath the arch standing between via Santa Margherita and via del Corso.

The celebrations for the Florentine New Year’s Day will not finish with the historical cortege, but they will be continued  during the night at the Teatro Verdi with a charity concert starting at 8.30 p.m. and during the whole week (March 25th – 31st) when everyone will be allowed to visit the Signoria Palace from 9 a.m. to midnight.