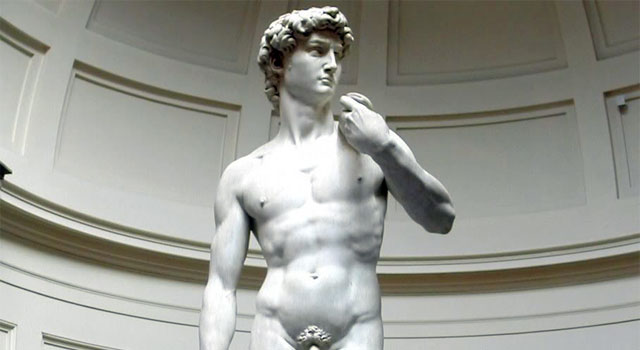 The Accademia Gallery is worldwide known for its most famous guest: the David by Michelangelo.

Michelangelo’s masterpiece was moved into the Accademia gallery in 1873 from its original position in Piazza della Signoria and has its own space in the Tribune. Here, David can be admired from all angles and offers breathtaking views from the moment you first spot it as you approach from the nearby rooms.

Nevertheless, the Accademia gallery is not only David. There is something like an “introduction to Michelangelo” path inside the museum, before you get to David taking you through some of his most important works (The prisoners, Saint Matthew, the Palestrina Pieta’ – attributed to Michelangelo)so that you are already familiar with the artistic language of the Master once you get to admire one of his universally acknowledged masterpieces.

And it is not only about Michelangelo, either: there is a stunning collection of 13th to 19th Century paintings, a collection of Russian icons, a gypsoteque and a museum of musical instruments.

Who is the visit to the Accademia Gallery recommended for?

When does it take place?

Morning or afternoon. The visit will last between 1 and 3 hours.